Reports From The Field - Lisa Bellue 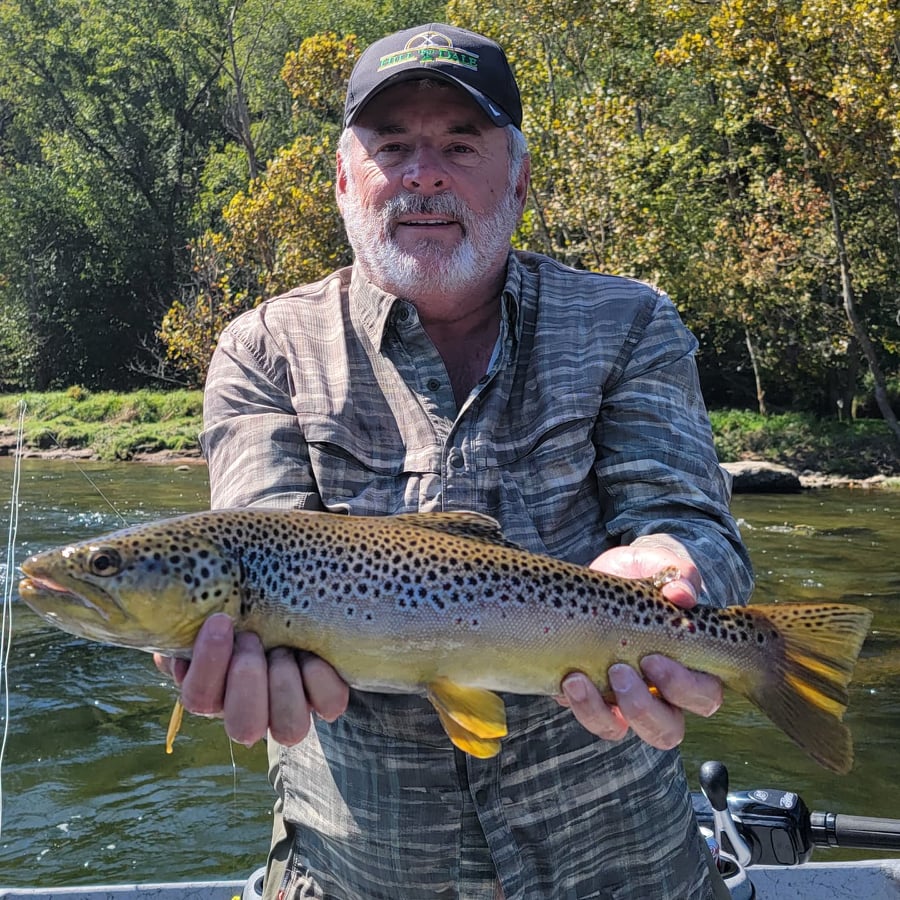 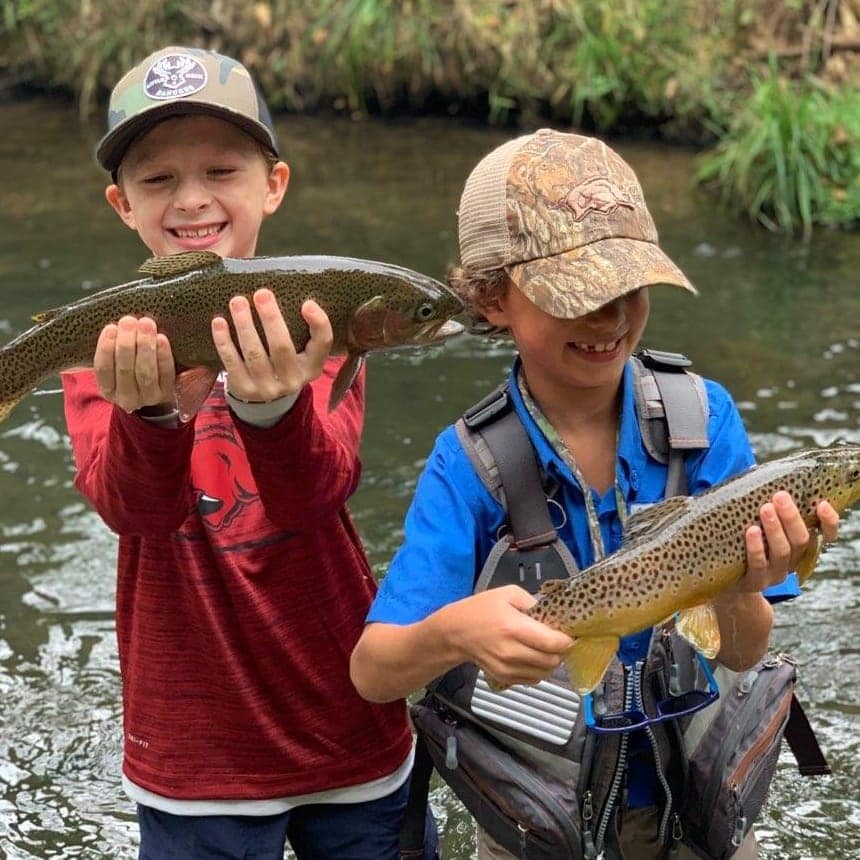 Jeremy was out on a seven-day run along with Tom and Cindy, first time they have been back since the spring.

They covered some ground from low water in the mornings on the Norfork and the White below the dam, to rim shoals and up around Cotter.

They were able to bring along Mel and Cathy who normally like to just look at a baited hook when they frequent the White, so it was nice to watch and see the transformation.

Mel has casted a flyrod a few times but for Cathy this would be her first. She did well but after the first day down the Norfork I had not fully convinced her this was the right way to go about catching trout.

Day two with the clan we changed things up so Mel and Cathy could spend some time with Jeremy.

They had a slow start in the 35mw water but when the surge hit Jeremy threw them in the fire and with high water rigs and Cathy was a natural.

Mel and Cathy enjoyed the flyrod so much they asked if we had another day free in the week to fit them in so off to Rim Shoals we went.

Rod set ups where double rigged with black and coffee girdle bugs with a euro jig dropper.  When the winds picked up we went to single euro jigs, norfork specials, and egg patterns.

Just a little information on the Norfork tailwater, when they first lowered the water at the first of the month fishing was great and water clarity was good.

For every trip since the water is getting a dingy look to it and the numbers are going down a bit for each float downstream.

Hopefully it will clear up in the near future and things will get back to what we are used to seeing.

Elizabeth her time on the water last time she was able to convince her two sisters to come learn the sport of fly fishing.

Larry Babin was gracious enough to help out with Elizabeth and David, while Jeremy and I took on the task of getting Tonya, Kim, Scott, and Jeff on their way to bent rods and big smiles.

The typical flies that produced upstream were, Mega worms in peach and white, ruby midge droppers.

I was out with Dennis and Ericka on Monday; they were able to fly in and get a few days of fishing in before heading back to Kentucky.

They were able to float from the Dam to Wildcat the day before casting deep water rigs, so I wanted to change up their White River experience and get a few more fish to the net before they had to leave.

They had not seen much of the faster water on the river and mentioned they enjoyed fishing that type of water much more than the areas up river.

I set Erick up with a single tail water jig and a Palsa indicator to give her arm a rest from the day before per her request and it produced as well as the double rigged fly set up I had on for Dennis.

We were able to pick up a few browns and the rainbow size increased from the previous trip I took a few days prior.

Stop by the shop and see what Euro’s we have been trying out and that have been producing.

We are starting to add to the collection with over 50 different patterns to choose from.

Around these parts the Euro’s are being called the tailwater jig so no worries we have what you need at the shop and probably way more than you need.

So stop by and if you have something you feel we just need to have on hand we are always willing to add to the fly bins.

I was able to get over to Dry Run Creek a few times in the month of September.

Tucker and Andrew were able to spend a few hours with me before heading back to the Little Rock area.

Two great 8 yr old anglers working on their hook set and roll casting to rainbows and browns all day.

They mastered sight fishing the mega worm and kept me busy on the net the entire time.

We also used a few midges to break up the bite a bit, zebra midges including root beer, rusty brown, and black and nickel worked well.

My daughter Kara and her buddy Easton took the day to wet a line while I worked with Tucker and Andrew.

They had success with Miracle Flies and Mega worms as well.

Easton was able to get a few to rise on a Chernobyl pattern.

If you are in the area and the kids are under 16, take the time out of your day and get them over to the creek.

Lots of browns in the river right now, try to avoid the weekends if possible and you will not be disappointed.

We have a few kids rods available to rent if you happened to forget the gear at home and we always have the advice on flies that work on the creek.