Reports From The Field - Jeremy Hunt

Taneycomo on the Fly Report

While Jeremy was busy working to get some of the most requested fly patterns updated with better videos and how-to instructions, it was suggested that I leave the house due to the noise that is made when one is tying San Juan worms in mass quantities.

So, this girl headed out to get the boat ready earlier than expected.

Billy Wayne and Colorado John wanted to get out and soak up the sun before they got hit by another round of cabin fever. We hit the water just after one and fished for around four hours.

In Jeremy’s previous report he gave his expectations of low water, but as I am sitting here writing this report my phone just sent up an alert with Flash Flood warnings in the Branson area starting Friday Morning into late Friday night.

So, we will see what the future holds in a couple of days. 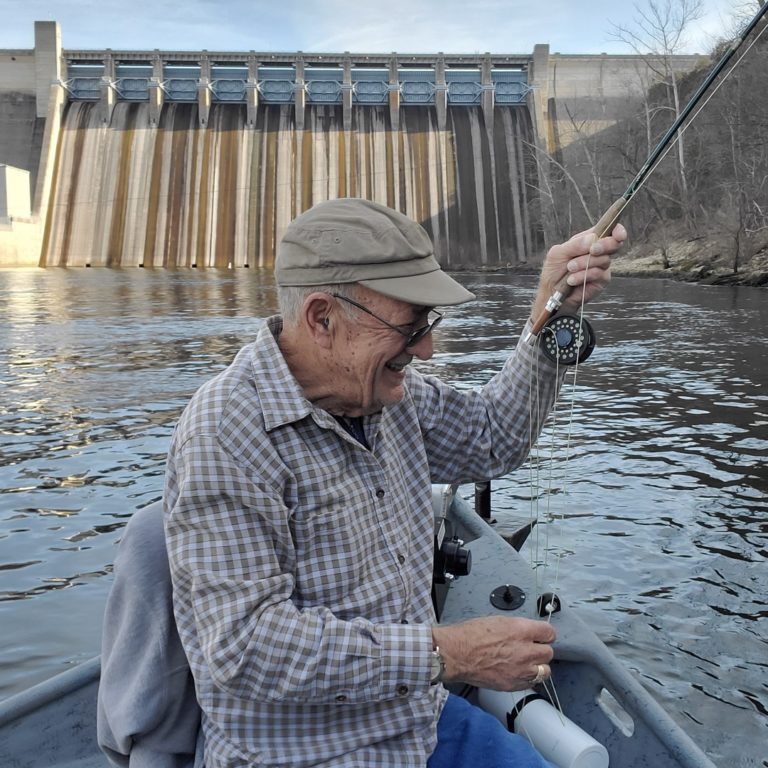 The afternoon started like most when I take Billy and John out. Billy likes to tell me where he wants to go, we get to the spot, he finishes his cigarette, then tries to get his line in the water he decides he doesn’t like the depth, I soon float past the run and BOOM John hooks up from the back of the boat. 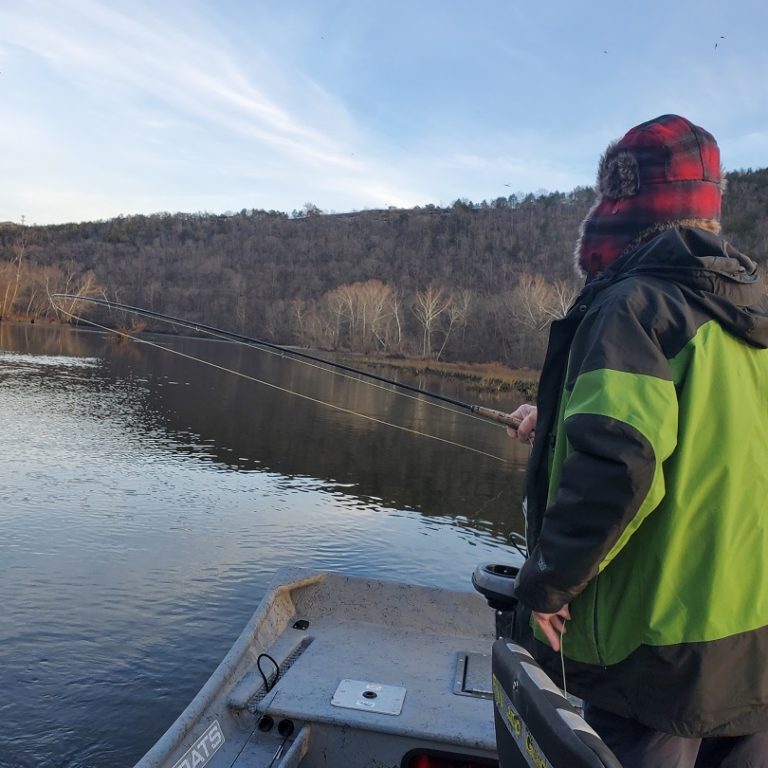 Once Billy finally got situated and adjusted his float to close to the same position, I started it at, the boys were back in action and catching doubles just like they remembered.

I will have to admit these two worked me hard for a solid two hours, the bite was insanely good.

With all the generation we have been having the rainbows have been a nice size 15-16 inches on average.

I had them both run the cerise micro worm because let’s face it no body wants to take a fly that they know is working and just try something for the heck of it, knowing the temperature is going to be dropping by the weeks end.

We stayed in the trophy area the entire time, around 15:30 the bite started to taper off or as Billy would say “the kitchen is closed” so I changed John up to a standard light brown San Juan that kept them coming back for more.

Since I was playing around in the jet, I decided I might as well hit all the holes that I run in the drift boat so I went in and behind all the islands in the soft water searching for cruising fish that were trying to keep out of all that current.

I had the peach mega worm in the 1/80th oz. jig already tied on but quickly switched to the 1/100th and Billy was able to hook a few that way. I set John up with a size 16 Root Beer Midge and that was producing fair numbers despite the lack of wind chop in many of the areas we hit.

John also managed to hook into a rainbow that had a nicely tied Ruby Midge dropped off of a high-water Cerise worm with a bead so I snagged the midge for my fly box and pitched the worm.

Billy always has interesting sayings or ways of looking at things and so today we played a little carnival ring toss.  He saw a ring and put the fly in and hoped for a win.

Billy finally got his teddy bear and even introduced me to another Billy-ism ”The Skittle”, some would say skitter or twitch, but it’s BW so the Skittle was born yesterday.

This simply means when the waters dead and twitch you fly to entice the bite.  John and I both had to try our luck with the skittle and in the end it was teddy bears all around!