Taneycomo Two Reports – All in One

Taney remains running anywhere from two to three units and has been for a few months now.I took the whole month of December off to get the new website finally done, but from time to time I get cabin fever and need some river time.I haven’t really done much fishing myself because I would rather see the joy of other people catching fish.I’ve caught plenty so it’s really about the people in my boat whether a paying customer or my family.Since I never get to fish with my dad anymore it has been good getting him out with his buddy John, and if it is not John then it’s Lisa. 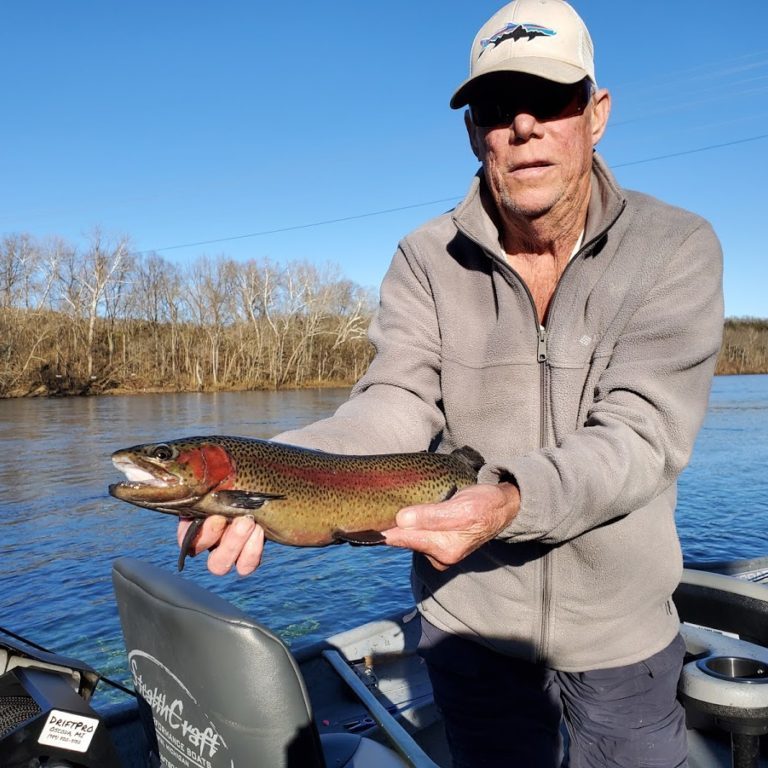 He’s getting older and I know each day I fish with him is a special one so it’s been great spending that quality time with him during my off time.

His buddy, John, bought a house on Taneycomo and moved here just to fish with “Big Fish Billy”.

The bite has been pretty good if we get the (100mw) two unit water. If it goes up to the (150mw) three unit water the bite slows a bit, but they are still biting.

Everyone has their own way of believing in what they are doing so this can be a debate, but the steady bite where we are catching fish left and right has been from 10am to 2pm.

Once the sun lays behind the bluff and creates the shade the fishing slows down for sure. We’ve only been using two patterns and they have been producing 40 fish on a four hour trip.

We ran into Mike Kidd one day and they boated over and we started comparing notes. They were drifting scud’s and only catching a few.

I gave him the two patterns I was using and told him how to rig. Next thing I know he is telling me that he hooked a 22 inch rainbow about an hour later.

The fly was nothing special, but if you don’t have the right fly and it’s just a fly then more than likely you’ll be like Mike catching just a few.

As guides, it’s our job to know the “secret” fly at any given time. 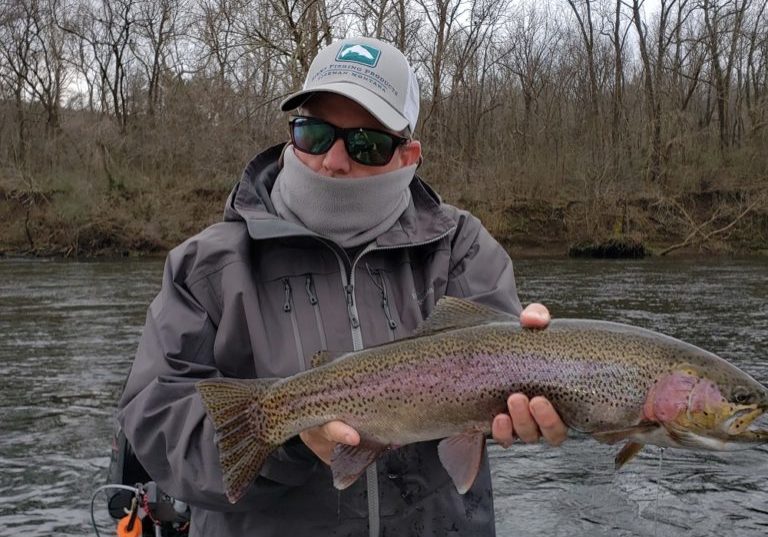 The last month we’ve been catching so many fish on a cerise San Juan Worm. Nothing special right, wrong.

I proved my own father wrong.

One day I put on a micro on John’s rod and my dad wanted the standard size because he’s old and thinks he knows what to use and he does, but he is stuck only fishing the standard because it works so well for him.

I told him before we started that the micro is going to out fish the bigger size. Well, after John was catching three to his one he started feeling the pain.

He finally asked for one and we had doubles the rest of the day. So it does pay to listen to the coach and sometimes the trout want smaller flies in big water.

That’s it’s best to always have sizes, something to think about and I bet my dad went home thinking just that.