You don’t always get the water you expect or want when you find lodging and book a guide trip.  The Oklahoma crew was excited to make their first return back to the Norfork Tailwater since early February 2017 and found lodging on the Norfork River.  The last time they floated with us was filled with grand slams, big browns, feisty cutthroats, good times, and tons of laughs.  Unfortunately, 2019 would not be a repeat of years past.  Five days before their arrival the corps of engineers started running max generation of 6,000 cfs thru the turbines around the clock and then to add to it all, two days before the trip 6 of the 12 gates opened up one foot to add 4,500 cfs to make a total of 10,500 cfs. 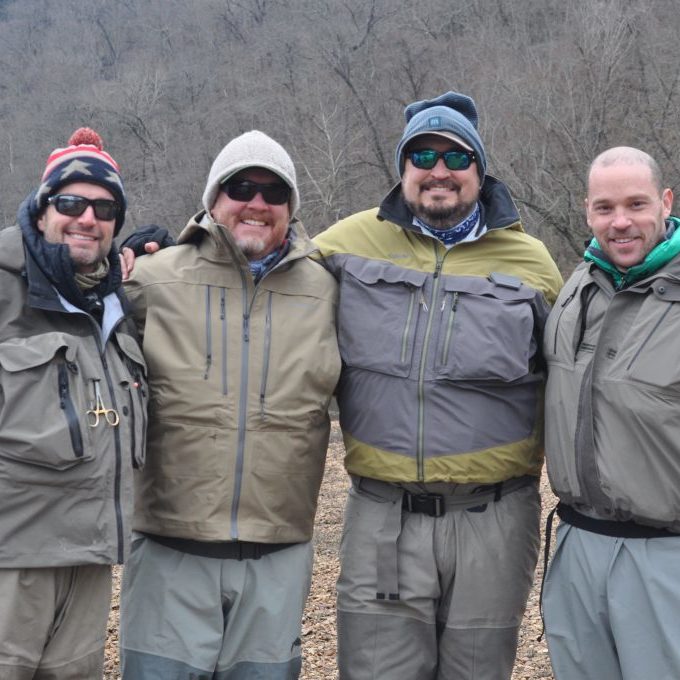 The group came equipped with 4 and 5wt nymph rods and were more than ready to fish the Fork, but we had to make do with what mother nature gave us weeks prior to the trip, so the shift was on. The White river increased flows as well, and was pushing 12,500 cfs thru the generators on Friday. The morning started with rigging streamer rods. Many in the group had 7-8 wt rods but heavy lead weighted lines and articulated streamers they did not. After getting everyone rolling, we hit the water. 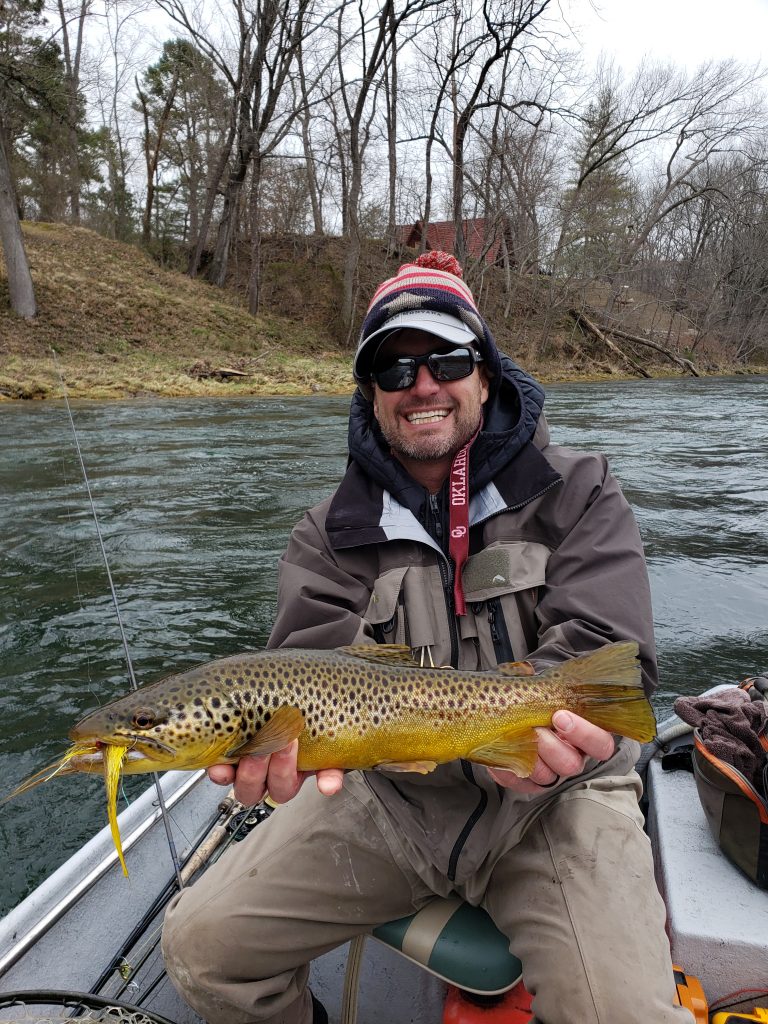 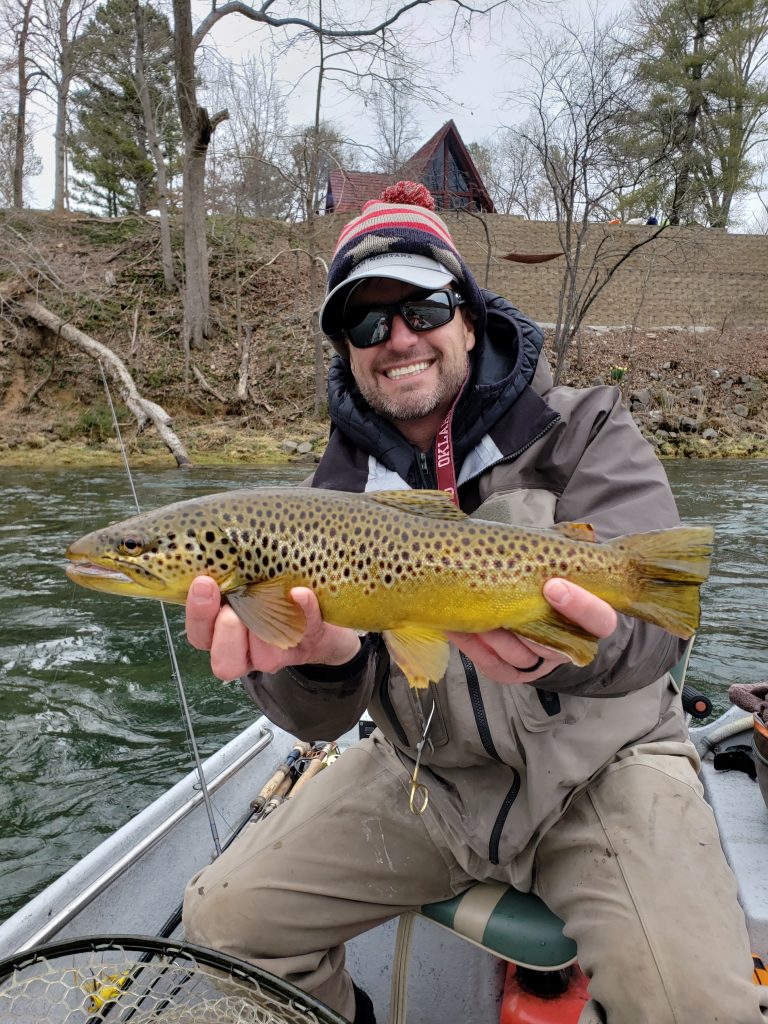 We decided to split the group up to give them a variety of fishing styles in two days on the White and would switch anglers the second day. Jeremy went out in the Supreme and stayed primarily near the dam and I started my journey in the drifter running the Dam to Cotter.

Streamers that worked well were olive and yellow Drunk and Disorderly’s and Double Deceivers. High water rigging is always a bit challenging to cast and at times throwing a streamer may seem easier. The cerise high-water San Juan worm was picking up rainbows and chartreuse mega worms where able to entice a few browns as well. 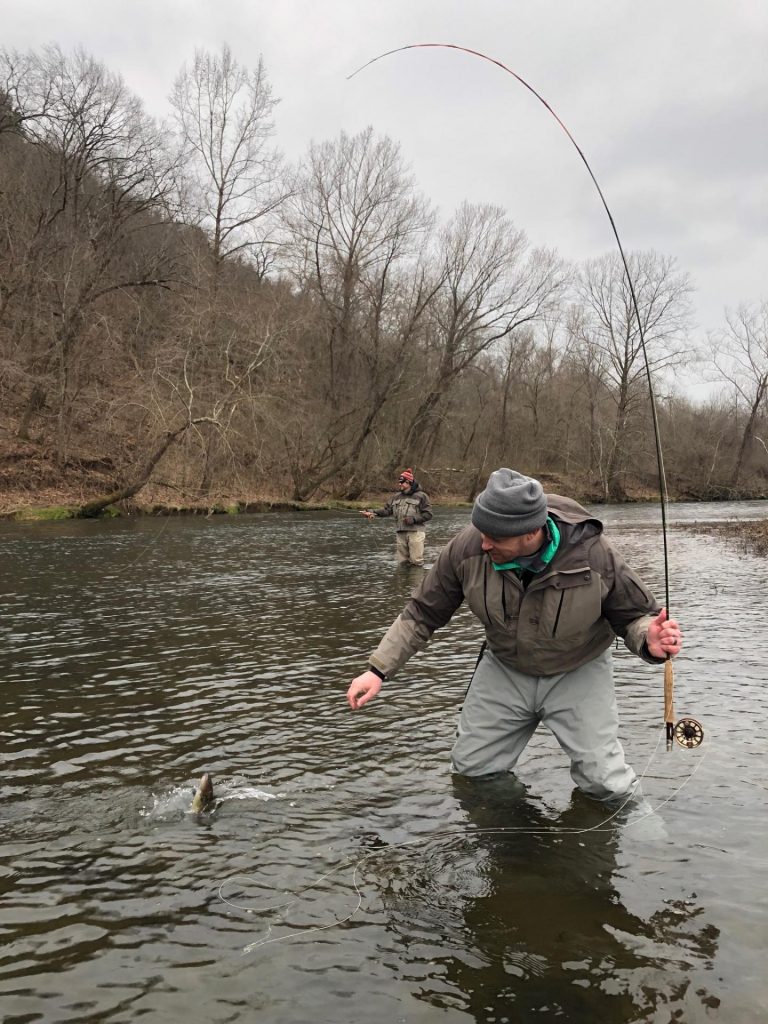 Saturday brought increased generation until noon at 17,500 cfs. On the white so we pulled out all the options and bottom line the guys wanted fish, lots more fish and were willing to drive. So, everyone hit the road again in search of better water for nymphing. By noon we were on the water on Lake Taneycomo and drifted on until dark. We hit all the slack water around the islands and found a phenomenal midge bite, black and gold Zebra Midges in a size 16 seemed to work the best, but Root Beers, Olive Dun, Trusty Rusty’s all in size 16 worked. The mega worm in white was able to get a few fish to the boat. Swinging Olive Wooly Buggers in a size 6 proved to be successful and the high-water cerise and red worm was able to get fish in the deeper faster runs.

We are glad they made the choice to make the drive and see some new water and catching fish the entire day helped make it well worth the drive.